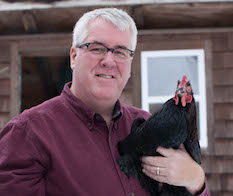 Senator Jeff Woodburn is a business entrepreneur, political leader, historic preservationist, writer and educator. Sen. Woodburn was elected to the New Hampshire House of Representatives in 1988 where he served one term in office. He then turned his attention to business and historic preservation, and in 1999, NH Business Magazine named him “one of the top business leaders of the 21st Century.”  He was also the 2003 recipient of the New Hampshire Business Reviews “Business Excellence” award. At the age of 31, he became the youngest Democratic Party Chair in the country, where he served from 1997 – 1999. Senator Jeff Woodburn is serving his second term in the New Hampshire Senate and was elected as Senate Minority Leader for the 2015-2016 legislative session.

For more information about the state of chronic diseases in Iowa, download our entire fact sheet below.