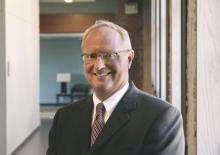 Kenneth E. Thorpe, Ph.D., is the Robert W. Woodruff Professor and Chair of the Department of Health Policy & Management, in the Rollins School of Public Health of Emory University, Atlanta, Georgia. He was the Vanselow Professor of Health Policy and Director, Institute for Health Services Research at Tulane University. He was previously Professor of Health Policy and Administration at the University of North Carolina at Chapel Hill; an Associate Professor and Director of the Program on Health Care Financing and Insurance at the Harvard University School of Public Health and Assistant Professor of Public Policy and Public Health at Columbia University. Dr. Thorpe has also held Visiting Faculty positions at Pepperdine University and Duke University. Dr. Thorpe was Deputy Assistant Secretary for Health Policy in the U.S. Department of Health and Human Services from 1993 to 1995. In this capacity, he coordinated all financial estimates and program impacts of President Clinton’s health care reform proposals for the White House. He also directed the administration’s estimation efforts in dealing with Congressional health care reform proposals during the 103rd and 104th sessions of Congress.

As an academic, he has testified before several committees in the U.S. Senate and House on health care reform and insurance issues. In 1991, Dr. Thorpe was awarded the Young Investigator Award presented to the most promising health services researcher in the country under age 40 by the Association for Health Services Research. He also received the Hettleman Award for academic and scholarly research at the University of North Carolina and was provided an “Up and Comers” award by Modern Healthcare. Dr. Thorpe was awarded the annual Excellence in Patient Care prize from the National Association of Chain Drug Stores in 2014. He also received the 2012 Champions for Healthy Living Award presented by the YMCA of the USA.

Dr. Thorpe has authored and co-authored over 120 articles, book chapters and books and is a frequent national presenter on issues of health care financing, insurance and health care reform at health care conferences, television and the media. He has worked with several groups (including the American College of Physicians, American Hospital Association, National Coalition on Health Care, Blue Cross and Blue Shield Association, Service Employees International Union, AHIP and the United Hospital Fund) and policymakers (including Senators Wellstone, Corzine, Bingaman, Snowe, Feinstein, Cassidy, Carper, Clinton, Obama and Kennedy) to develop and evaluate alternative approaches for providing health insurance to the uninsured. He serves as areviewer on several health care journals.

Dr. Thorpe is chairman, Partnership to Fight Chronic Disease, an international coalition of over 80 groups focused on highlighting the key role that chronic disease plays in the growth in healthcare spending, and the high rates of morbidity and mortality. PFCD focuses as well on identifying best practice prevention and care coordination strategies and scaling them countrywide. He also serves as co-chair of the Partnership for the Future of Medicare, a non-partisan organization focused on identifying long-term reforms that would make the program more efficient and improve the quality of care provided to beneficiaries