From The Huffington PostBy Kenneth Thorpe, Executive Director of the Partnership to Fight Chronic DiseaseJune 10, 2013There are admirable efforts taking place today to reduce the rate of childhood obesity. More attention is being paid to school lunch programs, contents of school vending machines and television advertising targeted toward children. These efforts are critical if we're to get a grasp on what has become a national health crisis.Yet, there is comparably little focus on obesity rates among America's over-65 population. This is perplexing, given the fact that policymakers are trying to find ways to bring financial sustainability to a Medicare program that is projected to see rapidly escalating costs into the foreseeable future, in large part due to a rising senior population beset with unacceptably high rates of chronic illnesses like diabetes and heart disease. Many of these preventable and costly illnesses are rooted, as we well know, in obesity.If we're truly concerned about the costs taxpayers will bear in the future for Medicare, here's something to keep in mind. The highest rates of obesity are found among members of the baby boom generation, those segueing into retirement over the next two decades. At current rates, according to a report prepared for the Senate Aging Committee by the Congressional Research Service, nearly half of the elderly population will be obese by the year 2030.The consequences of this trend are profound. Today, eight of every 10 over-65 individuals have at least one chronic illness and over half have at least two. These chronic diseases account for 95 percent of Medicare spending. Obese seniors will spend 34 percent more on health care over their lifetime compared to normal weight seniors. Rising obesity rates will have a dramatic impact on a program that, according to the most recent Medicare trustees report, will reach insolvency in just 13 years.Clearly, then, there is an urgent need to examine exactly how Medicare is addressing the obesity issues of its beneficiaries, and even a cursory look tells us that more can and should be done to help older Americans reach healthy weight levels.Right now, Medicare provides coverage for bariatric surgery for beneficiaries that meet certain obesity and chronic disease thresholds. There is also coverage for one year's worth of intensive behavioral therapy, provided that patients show significant progress in losing weight in the first six months. There is not, however, Medicare Part D coverage for pharmacotherapy treatment for obese individuals, nor is there coverage for a variety of lifestyle-oriented programs that have demonstrated their effectiveness. These are gaps that need to be filled.Pharmacotherapy treatment of obesity has been approved by the Food and Drug Administration and has produced documented weight loss averages in patients of approximately 5 to 15 percent. Furthermore, lifestyle programs like the Diabetes Prevention Program have shown significant success in preventing cases of Type 2 diabetes among high-risk adults. Combining the two treatment approaches can lead to a dramatic drop in diabetes incidence rates leading to lower Medicare spending.In fact, a research study found that pharmacotherapy treatment reduced diabetes rates among a sample group by 31 percent over those who received placebos, while lifestyle programs led to a 58 percent incidence reduction and a 71 percent reduction among those aged 60 and above.In this age of deficit reduction, there is understandably a certain degree of reluctance to add new benefits to the Medicare program. In this case, though, providing coverage now for a broader range of obesity treatments will address a growing health crisis, reduce chronic disease rates among the Medicare beneficiary population and avoid future hospitalization, acute care and emergency room costs.Society is responding well to the nation's childhood obesity crisis, but we need to realize that obesity is a problem affecting all ages and our public policies and programs need to respond accordingly. 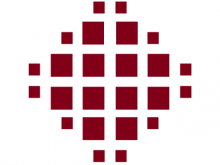