From the Pittsburgh Post-GazetteApril 15, 2014Obesity drugs should be covered to slow the rate of chronic diseasesMore than nine months after the American Medical Association declared obesity a disease, we still are not using all of the tools available to help reduce this costly — and deadly — condition.In fact, federal law overtly prohibits Medicare from paying for patients’ obesity medications — even though the U.S. Food and Drug Administration has approved two medicines as safe and effective for the treatment of obesity. That is a mistake, and Congress must change that as soon as possible.In Pennsylvania, more than 29 percent of residents are obese — and the problem is only growing. Obesity is more than an appearance or lifestyle issue. It has very real consequences, as our growing obesity problem is causing more and more chronic diseases.Those chronic diseases are killing more and more of our family members and putting a massive strain on our health system. In fact, a recent study in the American Journal of Public Health shows that three times more deaths than previously thought are related to obesity — both among men and women, and at older ages.That is unacceptable. We need personal solutions and policy solutions to get obesity under control.First, we must take personal responsibility by eating less, eating healthier and exercising more. That is the basic formula for losing weight. We all know that. But, for many reasons, that doesn’t work for everyone. We can lecture, cajole and plead all we like, but we still have an obesity problem. More than one in three American adults are obese — and it’s only going to get worse. That’s where the policy solution comes in.Last summer, the AMA rightly classified obesity as a disease. That has sparked an important conversation about treatments and coverage of obesity under Medicare and other insurance plans. We believe Congress must pass the Treat and Reduce Obesity Act — which has 76 cosponsors and will permit Medicare to provide patients the care they need.Medicare must begin covering medicines to treat obesity because chronic diseases are a primary driver of higher costs in the Medicare system and obesity is a primary cause of chronic disease.Treating obesity with medicines would improve the health of millions of Americans by helping to keep them from getting sick in the first place. If Medicare begins covering these treatments, it would significantly reduce the long-term costs associated with obesity-related chronic diseases.Look no further than the Medicare prescription drug benefit. During the Medicare Part D debate, the Congressional Budget Office and our actuaries came in with astronomical costs — because they were only looking at the price per prescription and multiplying.They were wrong.Not only did the Part D program come in under budget because of competition, it actually reduced costs elsewhere in the Medicare system. In fact, the Medicare prescription drug program lowered hospital and nursing home bills for patients because access to affordable medicines kept patients healthier longer — and out of the more expensive hospitals and care facilities.Instead of paying $100,000 for a hospital stay, Medicare was paying, say, $100 a month for prescription drugs. Tell me which is the better deal.Now we must do the same with obesity treatments under Medicare — and the health exchanges under the Affordable Care Act. Obesity is a condition that we would be wise to cover and treat early and often, because the tidal wave of diseases that come in its wake are much more costly in dollars and lives. We must stop waiting for people to get sick and then spend infinitely more trying to make them well again.Covering obesity is a no-brainer — and we must begin behaving rationally if we are going to come to grips with rising health costs and a population that is getting sicker.Tommy G. Thompson is the former governor of Wisconsin and U.S. secretary of health and human services. Kenneth Thorpe is chair at the Rollins School of Public Health at Emory University. 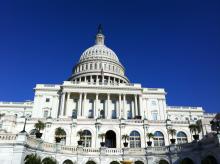