Processed food is inexpensive, filling and widely available. So, while low-income Americans typically can get something to eat, they may not get enough nutrients from fresh fruits, vegetables and other foods they need to remain healthy.That lack of nutrients can often lead to chronic disease, an overlooked byproduct of hunger and food insecurity in America. Chronic diseases are the leading cause of death, disability and rising healthcare costs in the United States, and 45% of Americans have at least one chronic condition, according to Ken Thorpe, PhD, chairman of the Partnership to Fight Chronic Disease (PFCD).Processed foods are associated with elevated blood pressure, cholesterol and blood sugar, Dr. Thorpe said. People who regularly consume them are at risk for developing chronic conditions, including stroke, heart disease and diabetes.“While the quantity of calories is an issue, perhaps more important is the composition of the calories that can and does contribute to chronic disease,” Dr. Thorpe added.Come to the TableDr. Thorpe is one of the speakers for Come to the Table, a half-day summit about hunger and health in Washington, D.C., on February 27, 2014. In partnership with the Alliance to End Hunger, ProMedica is holding the Capitol Hill summit to encourage healthcare providers nationwide to address hunger as a health issue – and federal legislators to protect food-related policies and programs.The World Health Organization maintains that 80% of heart disease, stroke and diabetes could be avoided if people ate better, exercised more and did not use tobacco products. Obesity also can be linked to hunger and poor nutrition when people primarily eat processed food high in fat, sodium and calories, Dr. Thorpe said.Limited access to healthy foods makes both avoiding and managing chronic disease difficult, Dr. Thorpe said. Among low-income Americans trying to manage their diabetes, for example, hunger and food insecurity are associated with a much lower rate of glycemic control.“When people think about hunger, they don’t typically think about chronic disease,” he said. “One of our goals is to really start the dialogue.”U.S. HungerMore than 50 million Americans, nearly 17 million of whom are children, do not know where their next meal will come from at some time each year because of food insecurity, according to findings outlined in a white paper developed by PFCD and ProMedica in 2013.In Lucas County, Ohio, where ProMedica is based, nearly one in five residents faces hunger, one of the highest rates statewide, according to the PFCD and ProMedica.PFCD is a coalition of hundreds of patient, provider, community, business, and labor groups, as well as health policy experts. The coalition is committed to raising awareness about chronic disease, and more information can be found at www.fightchronicdisease.org/.Join the discussion about hunger and health on Twitter using #CTTT2014. 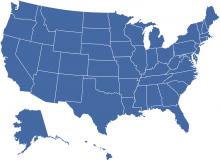